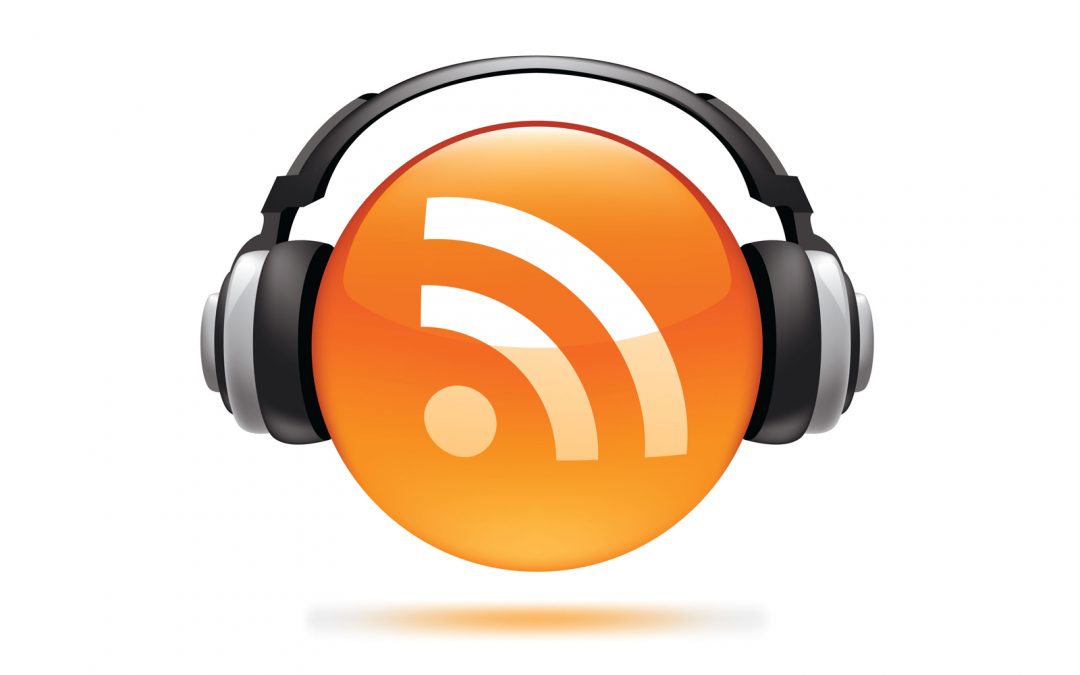 How much debt is okay? More importantly, how much should I spend each month on paying back my debts?

The answer to that question is the key to a healthy financial life. If you spend all of your income on paying off debts, you might not save enough (or have any fun). If you don’t pay off enough, you may always be in debt and waste income on interest payments.

To keep everyone in line with respect to their debt payments, lenders have implemented a hard cap. In this podcast, we explore the different policies as well as some basic principles that will help you keep your debt servicing in check.

Hey everybody! Y’all wanna know about one of the funtastic ways that banks and other lending institutions decide whether or not they’re going to lend you money? Sure you do!

Just to keep things simple, I’m going to use mortgage financing as an example.

The bank wants to see what percentage of your income is going towards paying for your housing and any other debts you might have.

To figure this out they use two simple equations.

This one is simple – well they’re both pretty simple – so follow along everybody!!

You need to learn some basic terms before we continue on this cavalcade of wondrous adventure and financial education… which, I’m telling you IS super fun!

P&I Payment: ‘Principal and Interest payment’ – This is just a fancy term that high fallootin’, fancy big-shots like me use to describe a monthly mortgage payment.

Taxes – This refers to your monthly property tax payment.

Heat – Bankers are pretty smart. They know that it gets really cold sometimes in Canada. So they want us to include in your GDS equation $100.00 per month as an average heating cost.

So here is what the equation looks like followed by an example using boring numbers:

In this example we see that 30.15% of your monthly household income is being used to cover the cost of housing. #2.

This equation lets the lenders know how much of your monthly income is being spent on your housing as well as any other debt obligations you might have. Things like student loans, credit cards or car payments to name a few.

Let’s say that in addition to the P&I, Taxes and Heat from the first example you also had some debt payments totaling $533.00 per month, the equation for total debt servicing will look like this:

In mortgage lending, most lenders allows these ratios to be as high as 39% GDS and 44% TDS.  That said, the higher your debt service ratios the less money is in your pocket at the end of the day.

In our business, the name of the game is to maximize your household cash flow. So when we are qualifying our clients for a mortgage we want to see your GDS/TDS as low as possible.

Here are a few things to consider:

• GDS/TDS is based on your gross (pre tax) income not your after tax income.

• GDS only takes into account P&I, taxes and heat.

It does not take into account other housing costs such as utilities, home insurance, groceries, recreational spending or maintenance costs. The great thing about these equations is they are a simple way to figure out how much of your income is devoted to any expenditure.

For instance, below I’ll show you a simple method to determine how much of your hard-earned dough goes towards beer expenditures. Let’s call it BBA (Beer Budget Analysis).

In this case, ‘B’ represents monthly beer expenditures.

Now get out there and dazzle your friends and family with your knowledge of two of the simplest, yet in some ways, most important equations involved in finance and home budgeting.

In our second PMG Podcast, Boyce & Steve tackle the two types of credit that are meant to help, but tend to get people into trouble; payday loans + credit cards.
Everyone knows that they can be very expensive, if you don’t pay them back right away and it’s important to understand how they work.
Have a listen or read on and discover the story behind payday loans and credit cards.

When lenders start to consider giving money to people, before they package it up with an interest rate and terms of repayment, they need to establish what kind of risk is involved.  Are you likely to pay it back?  OR is there a good chance that you can’t?

On the riskier side of the repayment spectrum, we find Payday loans and credit cards.

Somebody recently used the expression “financial violence” to describe this kind of lending.  It’s not baseball bat lending (actual violence), but it does tend to be associated with predatory lending, taking advantage of people while they’re down.

On the flip-side, it provides a service that people do need on occasion, so let’s take a look:

Payday lenders don’t care what your credit is like.  They give you the money and all they ask is that you pay it back, less the interest cost and fees.

In Ontario we actually have the “Payday Loans Act”, which was enacted in 2008.

Although Canadian Criminal law states that any interest rate above 60% is considered ‘criminal’, a payday loan in Ontario is allowed to charge $21 on each $100 borrowed for two weeks.

If you let that go on for a number of months, you can imagine what that adds up to.  If you let it go for a whole year, it would be end up an effective interest rate of 14,299%.

The current legislation for a criminal interest in Canada is 60%, but a payday loan in Ontario is okay to rack up 14,299%.

Contrast that with a credit card.

Store credit goes back well into the late 1800s, where a consumer might buy an item on a tab and pay the account in full at the end of each month.

The first charge cards were introduced for department stores and oil companies in the early 1900s and eventually the banks got into the business of arranging to have store credit paid directly by the bank at the end of each month by mid-century.

Up until 1951, store credit cards were proprietary and limited to the store that issued them, but with the introduction of the Diners Club card, everything changed.  Diners Club cardholders were able to present the then cardboard card to a number of member-restaurants in lieu of paying cash for the bill.

The Diners Club was still technically a charge card, so it had to be paid out at the end of each month.

The true credit card as we know it today was first introduced in 1958 when Bank of America successfully launched their all-purpose BankAmericard.  The card was eventually franchised to banks nationwide in 1966, which allowed for a nationwide revolving credit card.

Revolving credit allowed for customers to carry a credit beyond the end of the month, giving them the flexibility to pay them back as it suited them.  Being completely unsecured and with a relatively high rate of delinquency (22% at first), the annual interest rate was 17.20% as early as 1974.

With such a high interest rate and no repayment obligation, the cards proved to be very lucrative for banks.

Credit cards are a tool, which was always their intention, but the revolving aspect of these cards allow them to wreak havoc on your finances.  Without a repayment schedule, some borrowers find themselves up to their neck in credit card debt.

WHAT IS A MORTGAGE?

In our inaugural PMG Podcast, Boyce & Steve tackle the big loan that justifies our existence at Personal Mortgage Group.
Simply put; a mortgage is a loan that is legally secured to a home or piece of property.
Of course, there’s much more to it than that!
Have a listen or read on and discover the TRUE meaning of mortgages.

Mortgages – the life and death of a loan

What is a mortgage?  Simply put; a mortgage is a loan that is legally secured to a home or piece of property.

For the sake of simplicity I think we should speak in terms of home ownership.

Why do mortgages exist in the first place?

The vast majority of people who want to buy a house cannot afford to pay for it in full.

The purchaser, in order to achieve the goal owning a home, needs someone to lend them the remainder of the money.

So they approach a ‘lender’, which is typically a bank, and apply for a mortgage.

Let’s say you wanted to buy a home that costs 200k but you only have 20k saved up. Your 20k down payment is paid the seller and the bank pays the current owner of the home the remaining 180k of the purchase price.

Once you own the home, it’s time to start paying back the loan.

How does the bank benefit from lending you the money in the first place?

Interest. Essentially the bank is charging you for the use of their money.

Mortgage payments are generally made on a monthly or bi-weekly basis and the payment consists of two parts we call ‘principal’ and ‘interest’.

The ‘principal’ is the part of the payment that goes directly toward paying back the loan.

The interest is the fee the bank is charging you for the use of their money.

What happens if you don’t pay your mortgage?

Because the bank essentially owns a portion of your home they have a legal right to take possession of it and sell it in hopes of getting the money that they lent you back.

Fun fact; the word ‘mortgage’ comes from a term used by English lawyers in the Middle Ages meaning ‘death pledge’, referring to the ‘pledge’ dying when either the loan is paid back or the property is taken through by the bank through foreclosure.

In Canada mortgages can be broken down into two basic types, fixed rate and variable rate.

When you enter into a fixed mortgage the bank commits to honoring an interest rate for the full term of the contract. These mortgages appeal to people who may be a bit more risk averse as they can count on stable payments over the course of the term.

Unlike fixed rate mortgages the bank does not commit to a specific rate over the term, rather they commit to honoring a rate that can fluctuate up or down over the course of the term. This fluctuation is based on the movement of the banks of prime lending rate.  For example; at the moment the prime rate is sitting at 2.70%. Let’s say the bank offering you the mortgage promises you a rate of ‘prime’ (2.70%) minus 0.40%. Effectively when your mortgage term begins you will be paying a rate of 2.30%.  If the bank decides to raise it’s prime rate by 0.20% the interest rate of your mortgage would effectively be 2.50% and vice versa if they decide to lower their prime rate.

The main benefit of the variable rate mortgage; they tend to be much easier to get out of if you need to. Bear in mind, statistically 60% of mortgages do not make it to the end of their term. People break mortgages for a lot of reasons, to refinance, sell and up/downsize, divorce etc. That’s why its so important to be able to get our of the contract as easily and cheaply as possible.

Beyond their relative flexibility, variable rates have tended to be lower than fixed in recent decades, so you as the borrower end up paying less interest over the term.